Heather began her dance training at the age of 6 and studied Jazz, Ballet, Lyrical, Hip-Hop, and Contemporary at a local dance studio. She later went on to become a member of the Weber High Warriorette Drill Team for her sophomore and junior year where she had the opportunity to compete on a national level. Although she loved dancing for her school she decided she wanted to expand her training, which lead her to the decision to attend the Salt Lake High School for the Performing Arts where she found a new passion for Modern and Ballet.
After graduating, Heather auditioned for the Department of Modern Dance at the University of Utah in 2009 and spent the next four years in the studio training extensively in Modern, Ballet, and Jazz to name a few. During her time at the U of U she had the opportunity to perform and train with professional companies and choreographers including Martha Graham Company, Gallim Dance, Neta Dance Company, MOMIX, Keigwin and Company, Complexions, Johannes Weiland Dance, Joe Goode Performing Company, Elaine Kudo, and Sidra Bell. In the spring of 2013 she graduated with a BFA in Modern Dance.
Heather has spent the past 10 years teaching students of all ages in both a competitive and recreational setting. She has taught for studios, public schools, drill teams, summer camps, and after school dance programs for underprivileged youth. She has been an Instructor at American Dance Training Camps for three years and was also a performer and dancer at Lagoon Amusement Park in Utah. Heather is a certified competition adjudicator and enjoys working with various dance events in Utah. In 2014 she moved to California to expand her training and work with some of the best studios in the state. She coached the Weber High Drill Team alongside Brandy and was also the Director of the Weber High Dance Company.

Robin started dancing at the age of 4 with her older sister who was 7.  Tap, ballet, jazz were the main dance styles "that many years ago." Robin's mother put her in the same classes as her older sister. So if she was going to be able to dance, she had to keep up with the 7 year olds.  Tap quickly became her favorite.  Robin and her sister became too advanced to tap with kids their own age.  These sweet sisters stayed a duo until Robin was 18 years old. Robin's sister went off to college and Robin started a family resulting in 6 boys which kept her from continuing her dancing.  However, she learned a lot about the sports world, football, soccer, baseball etc. In her late 30’s, Robin met some ladies that were taking adult tap lessons and her love of tap retuned in an instant.  Robin quickly went from "student" to "teacher" with this studio as a favor to the owner.  Even with a studio ownership change and company/studio name change Robin has stayed true as a wonderful Tap Teacher ever since. Robin truly enjoys teaching the Adult ladies, and considers them to be her very good friends.  The girls; mostly young ladies now,  that she has been teaching over the years have become like pseudo daughters to Robin.  They have brought her the greatest pleasure letting her teach them, as well as watching them flourish in all the other wonderful styles of dance over the years.  Her hope is that they feel the same excitement and joy for Tap Dancing that she has today!

Brandy began dancing at a young age stomping on the rodeo barrels in her grandparents backyard.  She continued her love for dance and movement as a cheerleader in Jr High then on to Dance Company and Drill Team in High School.  However, during her Senior Year in High School she was involved in a serious car accident that nearly took her life and her leg. Through extensive physical therapy and hard work for two years, she was finally able to continue dancing and made her way to audition for the Utah Jazz Dancers. Throughout her 8 years on the team she choreographed and performed numerous halftime routines and had the opportunity to perform at many local events as well as the European International Basketball Championships where she choreographed halftime and time-out routines. Brandy also performed in the ceremonies for the 2002 Salt Lake City Winter Olympics.

For the past 25+ years Brandy has worked with several drill teams, dance studios, cheer teams, and soloists across Utah and has been an adjudicator at many state and national dance competitions. Brandy’s passion for dance and teaching led her to open Starstruck, a studio geared towards helping children and teens discover the best in themselves through dance.  Since it’s opening in 2008, Starstruck has grown tremendously and has provided dancers with the opportunity to learn in a welcoming and constructive environment. Brandy was the head coach for the Weber High School Drill Team from 2014 - 2020 and enjoyed being able to work with so many dancers both in the studio and at the High School. She is also an Accredited Interscholastic Coach (AIC) for the National Federation of High School Associations (NFHS).

Brandy is passionate about her family, health and nutrition, and helping people discover the best in themselves. Brandy is a wife and mother of 3 beautiful children, two of which are also dancers and her son is a sports and tumbling fanatic.  She has loved being able to work with so many studios, directors, and dancers through Starstruck Dance & Tumbling as well as Starstruck Dance Competitions and hopes that dancers will continue to feel inspired and motivated to continue pursuing their dreams as they work and dance within our studio family.​ 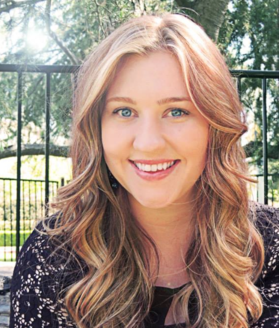 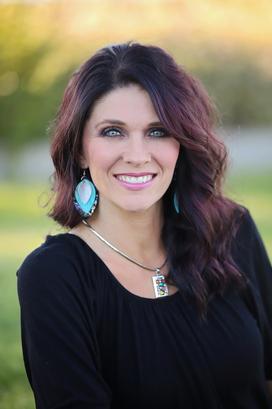 ​Laurel Thomas ~ ​Starlet Teams, Tumbling
Laurel started dancing when she was 3 years old and continued in every type and style of dance she was able to.   In Jr .High she participated on the Cheer squad and in High School was a part of her Schools Drill Team.  In the 9th grade Laurel began teaching and choreographing for studios, teams, solos and pageant pieces right in and around the county where she grew up.   She attended college at USU Eastern where she danced and performed with the Ballet Repertory Ensemble, Dance Company, and Drill Team for two years. She was also Captain of the Drill Team for two years and helped choreograph for the Dance Company and Drill Team collectively.  During college, Laurel taught and choreographed dances at a local studio and became an assistant cheer coach for the Jr high while attending college.  Laurel went on to attend Weber State University to complete her Bachelors Degree in Integrated studies. The areas of focus consisted of Health Promotion, Nutrition, and Dance.  She was able to attend and study all genres of dance during her time at Weber State University Dance and still continued teaching and choreographing for dance studios in Davis County.
Laurel became a mom a few years later to a beautiful little girl who loves to dance as well. This mother and daughter dance journey began at Starstruck Studios doing the "mom and me class". Since then, Laurel has been able to teach "mom & me class", and various dance classes, as well as a substitute teacher at Starstruck.  Laurel is so excited to be part of our Staff and our Studio family to work alongside all the wonderful parents and children, while her daughter grows at Starstruck, too.
​ 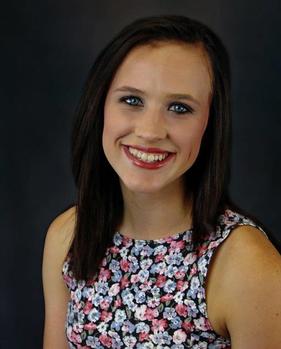 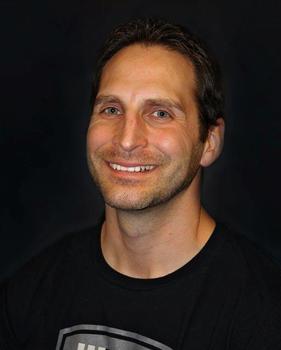 Bekah began her dancing career right here at Starstruck.  Quickly she made her way onto a Competition Team and excelled in every area of dance.  Bekah immediately had a love for dance that most kids take years to acquire.  Contemporary soon become her favorite and she choregraphed her own first solo at the young age of 13.  Bekah continues to do choreography for both solos, duets, teams and for herself.  Bekah continues her schooling locally at Weber State University where she plans to enter the medical field. 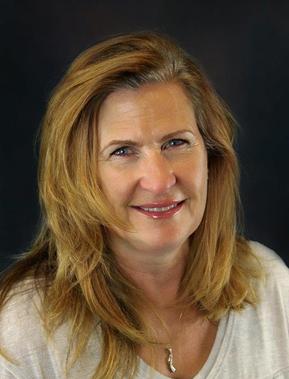 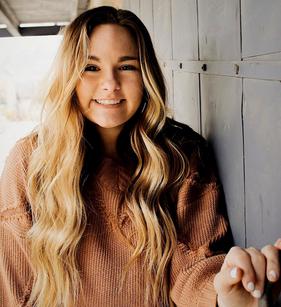 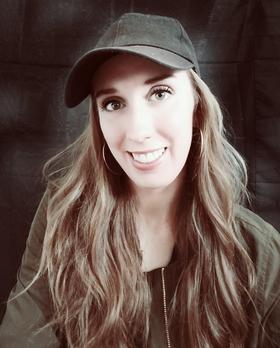 Ashley started off her dance career on a Dance Drill Team in Idaho.  She then found her passion for Hip Hop when she hit College.  She has now been teaching at Utah State University for six (6) years, Weber State University for two (2) years and this will be her third year teaching Hip Hop at Starstruck.  She has also choreographed for High School Drill Teams and many other local events.  Ashley loves dancing and being able to use what she has learned to teach others. 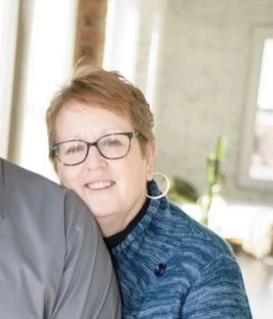 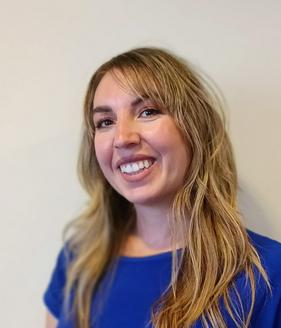 Kaitlyn has been dancing since she was 3, dancing at a local dance studio from the age of 5 until the age of 14. While she was at the studio she learned ballet, lyrical, jazz, jazz funk, hip hop, tap, and contemporary. She started falling in love with contemporary and started making up combos for herself. she then went on to try cheer at her Jr High School, then going on to bigger things in high school being a Warriorette with Brandy and Heather as her coach.

Being a Warriorette for all 3 years of high school was an amazing opportunity. Kaitlyn got to help with choreography for the competition routines as well as choreograph her solos and other team mates solos. She learned how to cut music while challenging herself to become a cheer coach for a local tumbling and cheer studio. She is currently going to school to study Business and hopes to one day open her own studio.

Gavin comes to Starstruck with fantastic experience, training, technique and LOVE for the sport.  Gavin has a background in Gymnastics, Capoera, Diving, Cheerleading, and Circus Acrobatics.  He was a diver at The Mayan Restaurant At Jordan Commons in Sandy, Utah.  He did competitive College Cheer for 8 years, winning the National Title with Weber State University in 2009.  Gavin has also competed on 2 All-Star Cheer Teams.  He is currently doing partner acrobatics with his beautiful wife Mandy.  They do various performance across the state.  Gavin was also a member of the Utah Jazz Stunt Team. 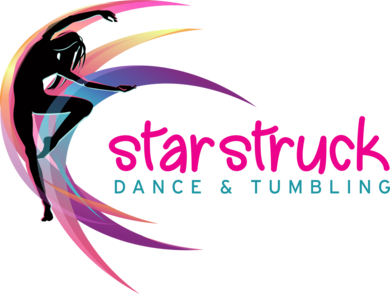 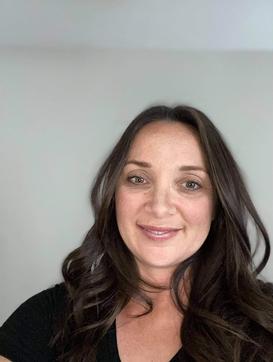 Theresa has been coaching for 16 years. She has coached a variety of sports such as competitive gymnastics, tumbling, cheer, and swimming. She loves working with children and watching them grow and develop. Theresa believes when coaching, she is not training an athlete but developing skills in individuals that will last a lifetime. Theresa and her family recently relocated to Utah from Georgia. She moved here with her husband, three children, and their chocolate lab. As a family, they enjoy the summer lake days and training her dog as she works to earn her Jr. Hunt Test. Theresa works as a Special Educator at Bluff Ridge Elementary. Theresa is so excited to be a part of the Starstruck Family and looking forward to this new year.